As an American immigrant to Luxembourg, VitalBriefing’s CEO, David Schrieberg, is proud to be a citizen of two great nations, one large, one small, both committed to democratic values. Yet, over the past decade he’s become “terrified” – a word he uses deliberately – that the long-simmering divisions in his native country have been exploited and deepened into chasms by those led by an immoral, autocratic and anti-democratic ex-president and his political party yearning for permanent power at any cost. Now, he asks, “is America lost?”

Every year or so over the past 20, I drive across town to the American Cemetery and Memorial just outside Luxembourg City. It’s one of my favorite spots in Europe, an island for reflection about my native country, where 5,074 soldiers are buried, along with General George C. Patton, who commanded many of these men through some of the toughest battles of World War II to ensure democracy’s survival.

Since 2018 I’ve been a citizen of Luxembourg, a country that honors those soldiers every year for liberating their country from the ravages and terror of the Nazis.

In addition to distant family that died in the Holocaust, I have another personal attachment to that war – my beloved uncle, now 98, then a 19-year-old recruit from Pittsburgh, Pennsylvania, narrowly escaped being buried in Europe when he was seriously wounded at Colmar, France, shivering for a night in the Rhine before crawling to another unit and surviving World War II.

I found myself drawn to the cemetery on a more frequent basis during the presidency of Donald Trump — who threatened American membership in NATO and undercut European unity every chance he got — as a reminder of what my native country had sacrificed and achieved, that sacrifice leading to a united and largely peaceful Europe that allowed me and my family eventually to become European citizens.

Those headstones, arrayed so beautifully and tragically also accentuated my growing horror at what this dangerous and little man in so many ways was doing to the country I had left but still held dear its fundamental values, its international standing and role, its critical – even if flawed and often contradictory – importance in the world order.

Like so many of my friends and family, I couldn’t get my head around how the country had come to such a point, such a “loss of self,” even as I understood intellectually many of the factors that had led to this terrible moment.

Politics aside, the return to some kind of White House “normalcy” in January 2021, and a decent, thoughtful and caring man holding the presidency again, impacted me deeply. Despite the trauma of the January 6 insurrection, I put the stress and angst of those Trump years behind, instead refocusing on events and needs closer to home — my family, my business, my friends, my life in Europe.

Not just a bad dream

But try as I might, the nightmare is resurging, not only (and not least) because of Trump’s continued presence and threats to run again in 2024. More disturbing to me is the clear breakdown — now far beyond “fraying” — of American values I learned as a child, adolescent and adult. “I don’t understand,” our landlady, a lovely conservative Catholic and traditional “Letzebuerger” in her mid-80s who remembers the war years so clearly, asked me the other day, waving her arms over her head in frustration, her voice shaking with emotion. “We thought America is about democracy.”

I thought so, too. I don’t know any longer.

In fact, I doubt it. My faith is more than shaken and is sliding into despair.

Even more insidious and threatening to democracy is what’s happening at the state and local level (not to mention the Supreme Court).

Brilliant reporting from journalists such as The New Yorker’s Jane Mayer lately has documented how the extremest of right-wing Republicans have been playing ‘the long game’ over the past decade, through gerrymandering (redrawing of congressional districts), committing quiet coups d’etat to capture state legislatures that have led to rollbacks in abortion and other rights, fully against the wishes of the majority of voters in many of these states, as well as winning state and local posts that allow them to subvert democratic practices in ways that will reinforce their ability to skew the system to defend “white Christian values” that directly contravene the founding principles of the country.

In fact, the “will of the majority” while protecting the rights of the minority — fundamental to the American way — has been inexorably undermined over recent years.

Then there’s “The Big Lie” of the “rigged election” that brought Joe Biden to office. The cynicism of the Trumpublican Party that sold its soul — along with those of its leaders and enablers — years ago at the altar of a man who is as anti-American as an American can be continues to be simply breathtaking.

How do Senators Lindsay Graham, Mitch McConnell and Marco Rubio, House of Representatives Minority leader Kevin McCarthy and so many others in a party that once represented a reasonable set of values and beliefs and shared the same playing field with their opponents look in the mirror and justify their hypocrisy? How do they explain their abandonment of the very values they professed to believe?

And how does a Supreme Court majority, now completely politicized, justify decisions such as overturning the right to abortion, with logic that makes no sense to so many objective constitutional scholars?

Power has never been my thing. But is it really worth all that?

More insightful reporting from The New Yorker’s Susan Glasser and the New York Times’ Peter Baker in their new book, The Divider: Trump in the White House, 2017-2021” adds still greater detail to the danger the country, and the world, faced and face, from these people – from Trump to every one of his enablers. On multiple occasions, the president wanted to invoke the Insurrection Act to get the military to call out soldiers to attack protesters.

This one incident alone encapsulates the threat, according to the then-and-current Chairman of the Joint Chiefs of Staff, General Mark Milley, who resisted Trump on multiple occasions after being convinced that the resignation he had prepared would expose the country to still more instability from an unstable president and the “crazies” — advisors and officials he was putting in place around him (CIA Director and Secretary of State Mike Pompeo’s nomenclature).

During protests in Washington, D.C. in 2020, Trump demanded that Milley call out the military to attack protesters: “Can’t you just shoot them? Just shoot them in the legs or something?” The chairman’s conclusion in that undelivered resignation letter identified the clear and present danger: “It is my belief that you were doing great and irreparable harm to my country.”

For so long, I resisted the comparisons between Trump’s America and the rise of Naziism in Germany. No longer. Glasser and Baker write of how Milley was afraid that Trump would use the January 6 insurrection as his “Reichstag moment” and follow the counsel of his advisor Michael Flynn – a 24-day-long National Security Advisor and later felon pardoned via tweet by Trump – that he declare martial law and commit a coup d’etat to overturn the results of the 2020 election.

Yet, with all this — all the documentation, the accurate, factual and truthful reporting — 35% percent of Americans and 68% of Republicans still believe the election was rigged, that Trump really won, that the Big Lie is the Real Truth, despite the indisputable evidence to the contrary, that facts no longer matter.

A full 40% of the country still view Trump favorably and the same number say they would “probably” or “definitely” vote for him again in 2024.

The evil that Trump does

While he’s not the cause of America’s crisis, he has been a catalyst and his destructive impact has been profound and lasting. As Thomas Edsall documents in the New York Times, “Donald Trump’s drive to undermine American democracy has proved strikingly successful.”

Edsall cites a new study by V-Dem, an international group that monitors democracy around the world, that listed the United States among 33 of the the 179 countries it surveyed “to have moved substantially toward autocratization.”

“Liberal democracy remains significantly lower than before Trump came to power,” it notes. “Government misinformation declined last year but did not return to previous levels. Toxic levels of polarization continue to increase. Democracy survives in the United States, but it remains under threat.”

That this immoral, contemptible, corrupt aspiring autocrat, a known and admitted liar who was willing to see his vice president hung and Congress overrun by the mob he inspired and encouraged could still be a viable contender to return to the White House rather than a surefire prisoner for repeated crimes, that the United States has descended to this point…what to make of it all eludes me.

And induces despair that’s hard to fight off.

So I’ll continue to visit the cemetery and silently thank the dead for the opportunity they gave me and my family and so many millions of others, and apologize for all that’s been lost in these recent decades since they sacrificed their lives to defend an ideal view of their country that is each day less viable. 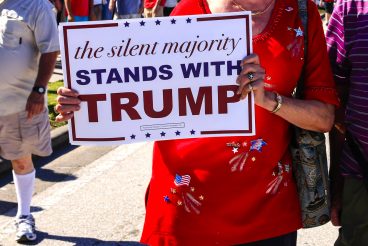 Contemptible. Immoral. Narcissist. Fraud. Call Donald Trump what you will – and our CEO would use all those words – but he knows how to do one thing really, really well. To find out what that is, read the full story. 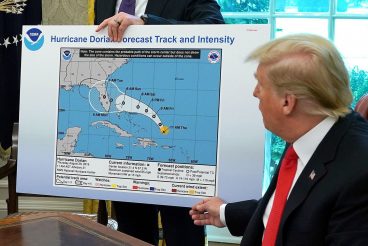 Way back in 2005, long before Donald Trump was a glimmer in the eye of the voting public, the American late-night TV host Stephen Colbert came up with a wonderful concept. He called it “truthiness,” defined as “the belief in what you feel to be true rather than what the facts will support.”… 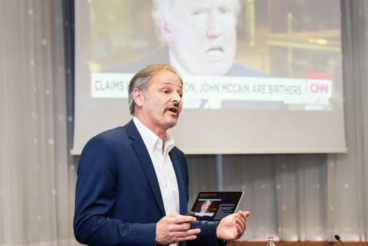 VitalBriefing CEO David Schrieberg discusses the current state of journalism and how he managed to survive the slaughter of his profession. 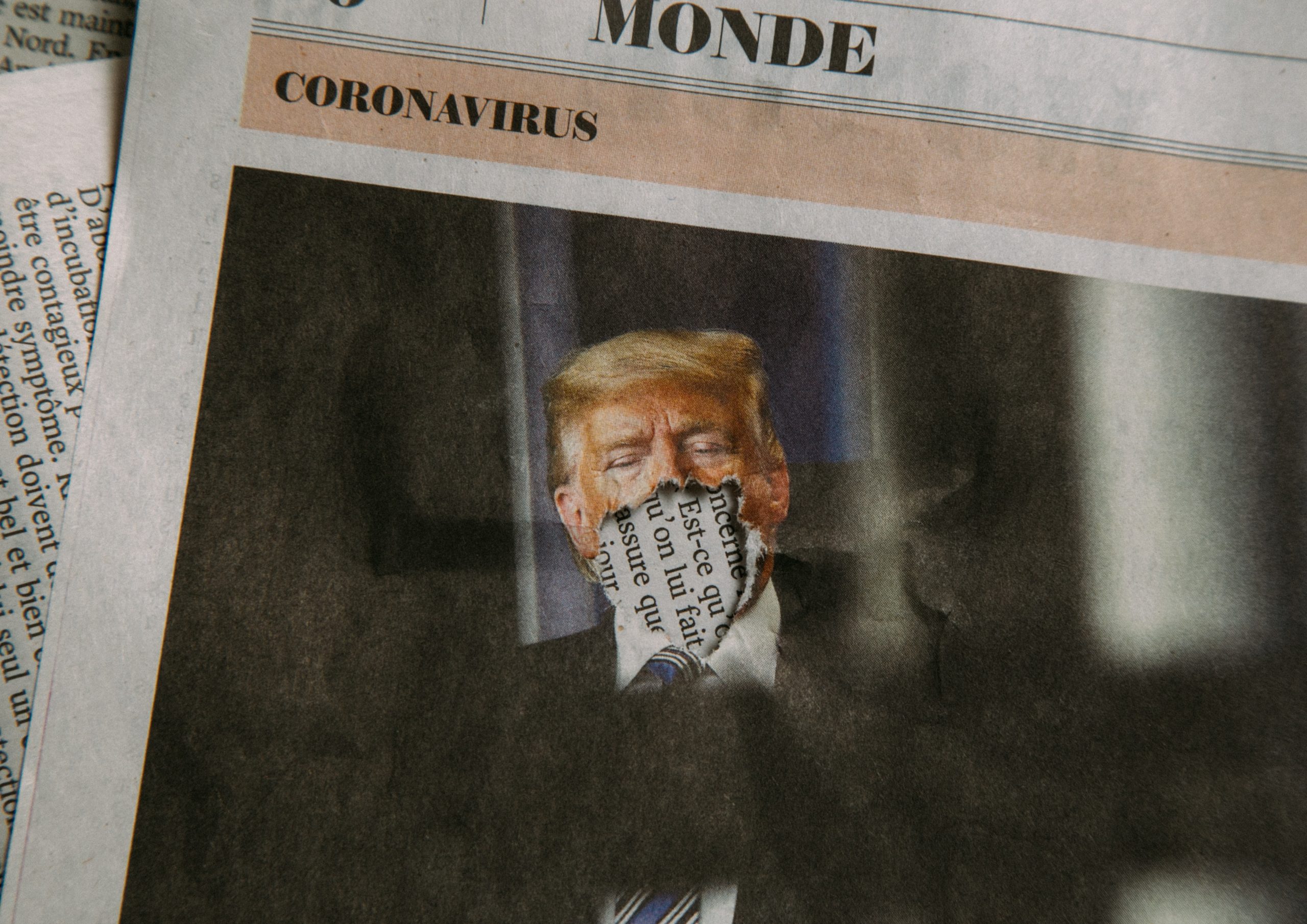 Misinformation, distorted information, misleading information…these are some of the “symptoms” we’re all suffering from in the Covid-19 “infodemic.” According to a new study, there is one individual who is most to blame: Donald Trump.