A central team supported by 70+ journalists around the world 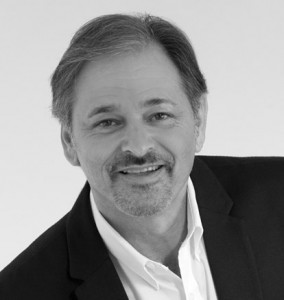 David is a digital media expert and entrepreneur based in Luxembourg, where he moved in 2003 as AOL Europe’s Vice President of Content & Programming, creating and leading a team that worked with UK, France, Germany and US divisions. He later co-founded and led a venture-backed film company before consulting internationally for clients including Time, Inc, Public Broadcasting Service (PBS), Forbes, and RTL Group.

In 2000, David founded an international digital content consultancy in Silicon Valley. Prior, he was a Pulitzer and George Polk prizewinning journalist and foreign correspondent in the US, Latin America, Europe and the Middle East, lastly as Newsweek South America Bureau Chief. He is a graduate of Georgetown University and a John S. Knight Fellow at Stanford University. 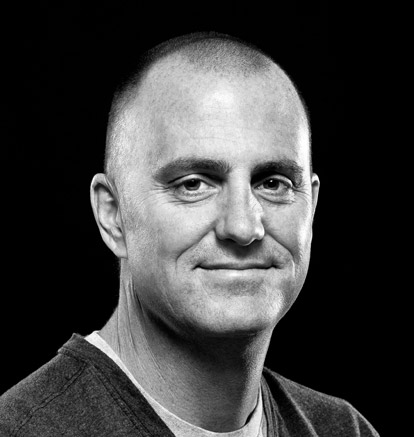 Gerry is a business leader and entrepreneur with 20 years experience creating and driving innovative enterprises to profitability from birth through maturation.The founder and CEO of Frequency Group in Los Angeles, he is a business advisor and coach to many companies.

Previously, he served as President and Global Head of Search and Content Technologies at Thomson Reuters, responsible for the company’s search, news and historical content. Prior, he was SVP at AOL  Inc., leading its $500-million-a-year search and directional media division, after earlier positions at AltaVista/Shopping.com, Compaq and CompuServe. 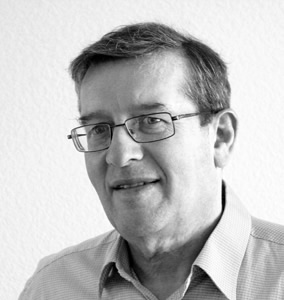 Simon is a journalist, editor and writer specializing in the financial sector for more than two decades. He has been an editor of daily news and special reports for Global Fund Media publications and web sites covering alternative funds, institutional asset management and wealth management. He was co-founder and partner of The Write Words, a provider of corporate communication and marketing services. 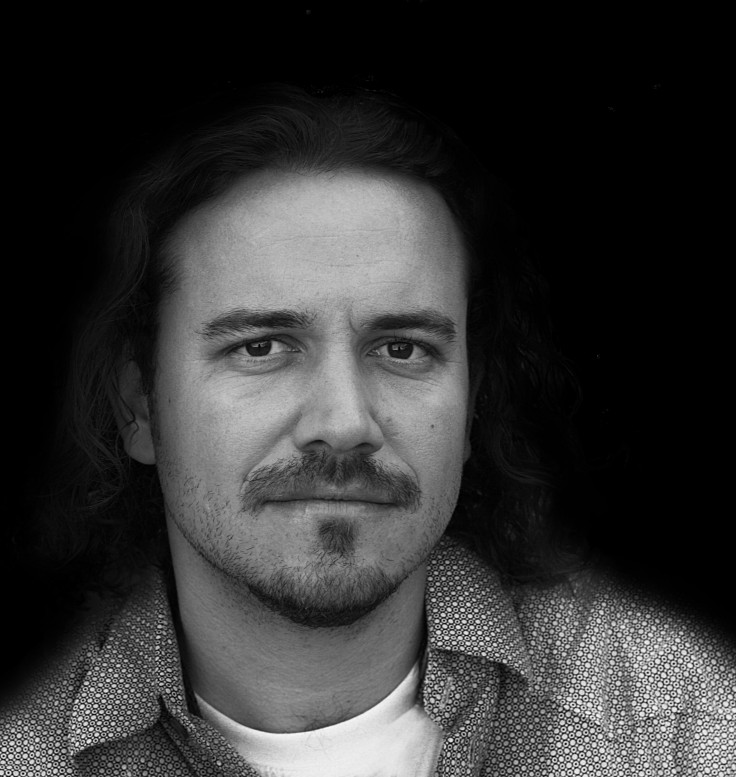 Andrew is a journalist and editor specialised in science and technology reporting.

He has been a writer, editor and project manager for major European newspapers and wire services, including El País and Agence France-Press, and has worked extensively with consultancies in the R&D sector covering public and privately-funded innovation initiatives globally.

Born in the UK and educated in Spain, Andrew has led multi-disciplinary teams in Europe, the Middle East and Asia, and is additionally gifted in organisational and technical areas, which has led to his current role at VitalBriefing. 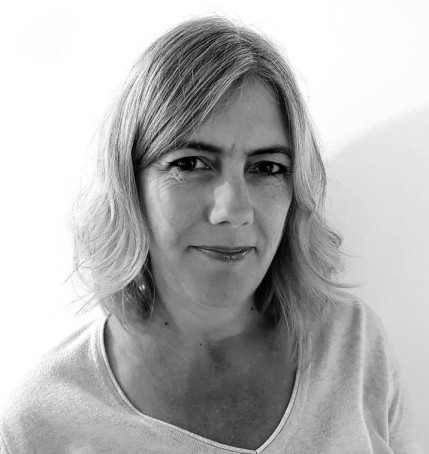 Anna is a finance administrator with an editorial background. She has worked in both the finance industry and the communications sector. Anna joined Bain Capital Luxembourg in 2010, dealing extensively in the fields of private equity and entity administration, and where she advanced to navigate the Luxembourg finance landscape.

Prior to moving to Luxembourg, Anna held a variety of editorial and communication roles. From a small independent publishing house in France, via the internal communications department of the French multinational Groupe SEB, to a corporate writer for a Publicis agency, Anna coordinated teams of freelancers and worked with internal and external content providers.

Anna holds a Bachelors Degree in Psychology and French from the University of Sunderland. 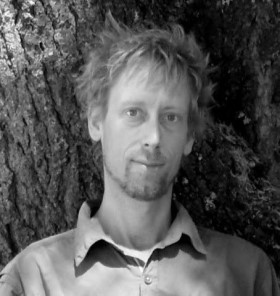 Cormac is a full stack web platform developer and programmer, for many years building and running systems, applications and products in data processing, disaster recovery, virtualization and programming. In his own words, he is “old enough to have tackled the Y2K bug but young enough to keep on top of the cutting-edge of cyber and data security.” He also works with myriad programming and OS issues, as well as software and mobile development for apps and web.

A graduate in computer science from the University of Manchester, Cormac also studied Public Management at the Institute of Public Administration. 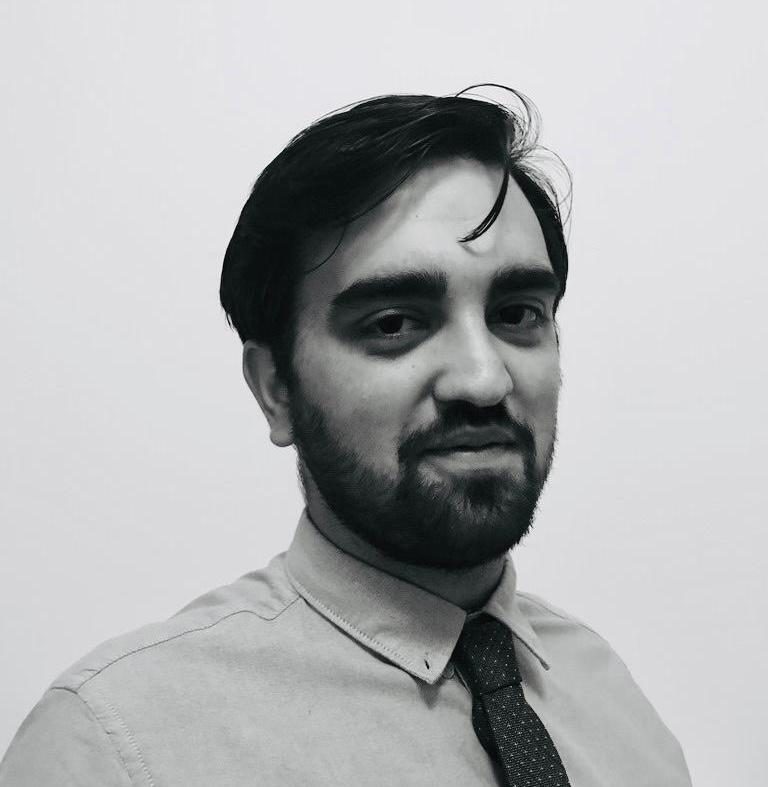 Ethan is a content specialist experienced in writing, editing and creating content in multiple formats for news (print, digital and television), media and corporate communications. He has a background in audience engagement, internal/external communications and content production for various media and business intelligence companies, he has managed editorial projects, created content marketing materials and managed web-based projects across many industries. Before joining VitalBriefing, the breadth of Ethan’s experience featured stints at various news and media companies including RTL, PBS, Univision and The Telegraph, as well as corporate communications at Quintet Private Bank.

A distinguished group of leaders in their fields provides invaluable advice and counsel to VitalBriefing. 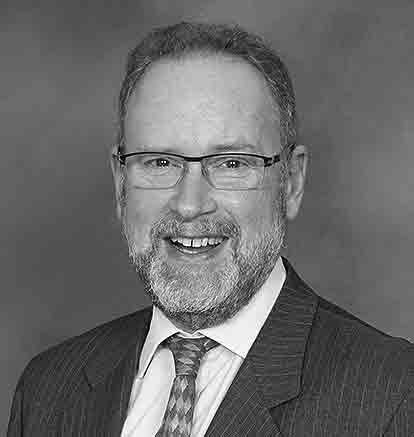 A distinguished journalist and business leader with a focus on media, David is the Chairman of Poseidon Research and founder and Managing Director of Tripod Advisors, a Hong Kong-based consultancy, where he counsels on political risk analysis, strategy and on running complex global organisations. The former Chairman of Thomson Reuters China, he served as the global Editor-in-Chief of Reuters News, leading the 3,000-journalist news service.

A graduate of Oberlin College and Harvard University, Schlesinger joined Reuters Hong Kong in 1987 as a correspondent, rising to leadership of editorial operations in Taiwan and China, then as Financial Editor, Managing Editor for the Americas and EVP and Editor of the Americas before taking on London-based global roles in 2004. 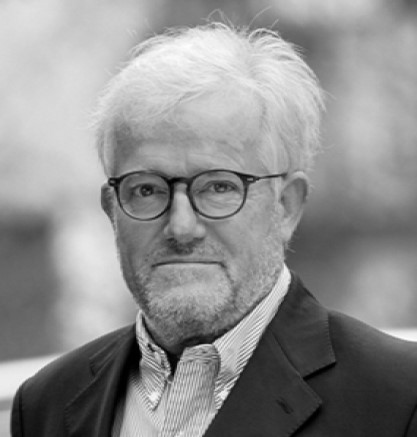 The former CEO of Andersen Luxembourg and Ernst & Young Luxembourg, Raymond has been serving since 2010 as an independent director for private sector companies as well as the Luxembourg Sustainable Finance Initiative, the Luxembourg Microfinance and Development Fund and the Forestry and Climate Change Fund. He holds or has held positions as Chairman of the Board of Luxinnovation, Luxexpo The Box, the Luxembourg Institute of Independent Directors, Investing for Development and the UP Foundation, among others. He has founded and/or supports multiple charitable organisations that work with students and youth in Thailand, Romania, India and various African countries. 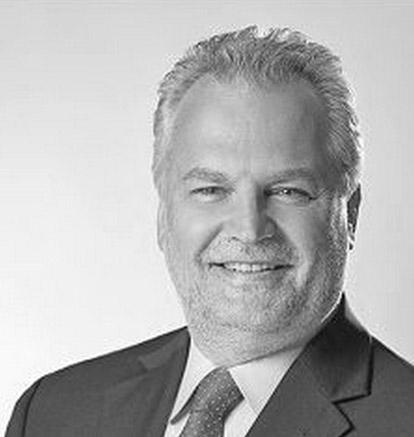 Jean-Claude is one of Luxembourg’s most notable entrepreneurial success stories over a 35-year career spanning finance, media and telecommunications. The two mobile operators he created as startups – Tango and VOXmobile – have grown into major players in the local market.

After exiting VOXmobile, Jean-Claude set up Lakehouse S.A., a marketing and strategy consultancy that acquired Moskito Productions S.A., a Luxembourg leader in audiovisual communications. Jean-Claude lives in Luxembourg, where he has become a partner and director of MULLER & ASSOCIÉS S.A., a company specialized in management and business consulting. 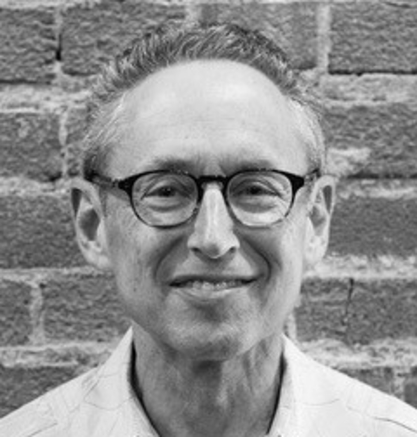 Now a board member and consultant, from 2014 until 2020 he was EVP and General Manager of Ziff Davis, leading its Global B2B Division, where he oversaw a period of 4X revenue growth and multiple acquisitions while leading 1,800 employees worldwide. Prior, he held various leadership posts, including CEO at iInside and Autoweb, regional head of sales and marketing for Comcast and senior roles with AOL Inc., including oversight of its partnership with Google. 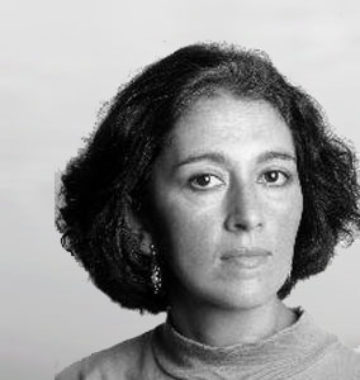 Cecilia is a Colombian-Luxembourgish journalist whose career has crossed every media platform: digital, print, television and radio. She has worked as a reporter, editor, blogger and columnist for newspapers and magazines, leading publications in Colombia, Argentina and California, where she was the editor of Stanford University’s magazine. A former columnist at El Tiempo, Colombia’s main newspaper, currently she writes for Forbes.com.

She was a columnist at Newsweek, and her work featured in the Wall Street Journal, Los Angeles Times, and Mother Jones magazine, among others. She won Colombia’s Pulitzer Prize, was a TV commentator and University professor. She holds a B.A. in Journalism from Universidad Jorge Tadeo Lozano in Bogotá. 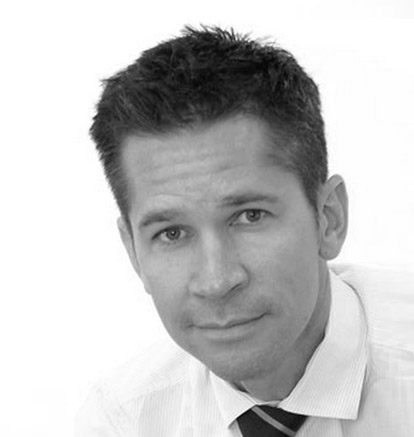 David is a pioneer and internationally recognized innovator in the Customer Experience Movement, with a rich background in market research, experience design and customer culture development across retail, corporate and private banking. He is the founder and CEO of The Sufferfest, producer of cycling and other sports workout videos and clothing. 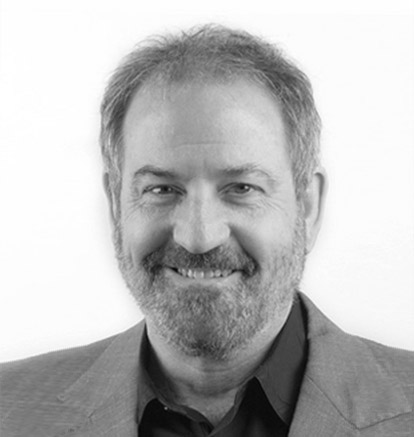 Michael has founded or co-founded 10 companies since creating one of the world’s first electronic ads at the Fort Worth Star-Telegram in 1985. He has held senior management roles at AMR Information Services, AOL Inc., Ancestry.com and Examiner.com.

A board member and former Publisher of the non-profit media site TexasTribune.org, he is Chairman of  web startup Umbel.com, the Kinsey Institute, and a board member of the Craigslist Foundation. 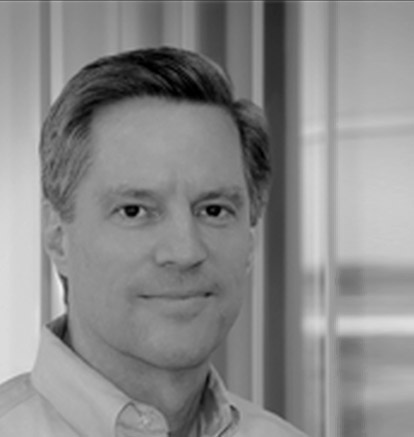 A former editor and foreign correspondent, Mark has served for two decades as founder and chief executive officer of Uhlig LLC, an advanced-technology company that is a leader in multichannel, reader-specific publishing. A native of Wichita, Kansas, Mark graduated from Princeton University, where he received undergraduate and graduate degrees from the Woodrow Wilson School of Public and International Affairs, and received a law degree with honors from Harvard Law School. Prior to Uhlig LLC, Mark served as an editor of Foreign Affairs magazine, then went to The New York Times, where he covered New York city and state politics, and served as chief of the Times’ bureaus in Mexico City and Managua, Nicaragua. 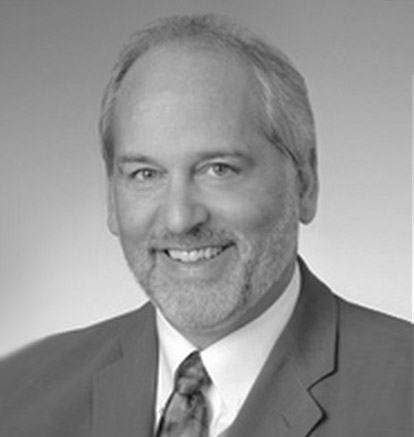 Richard is a lawyer in Palo Alto, California, where through counseling, litigation, arbitration and mediation, he has specialized in business disputes focused on technology and intellectual property, and as such has acted as lead counsel in numerous jury and bench trials, arbitrations and appeals, most recently as a partner at DLA Piper, a global law firm.

He has been named a Northern California Super Lawyer for a joint research project by San Francisco and Law & Politics magazines. He also serves as a Judge Pro Tempore in the Santa Clara County Superior Court, a panelist of the Practicing Law Institute, and has been named to various boards of directors of arts, children’s and family planning organizations. He is a graduate of Stanford University and Duke University Law School. 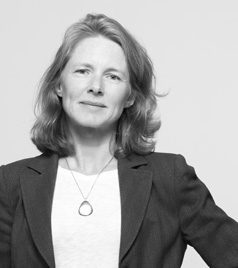 Sophie Öberg is the Deputy Director of Inspiring More Sustainability Luxembourg (IMS), Luxembourg’s leading network for Corporate Responsibility. She is a sustainability and communications professional with more than 25 years’ experience in Luxembourg, Stockholm and Paris. Sophie also currently serves as Co-Chair of the
Sustainability Strategy for Boards committee at ILA, the Luxembourg Association of Independent Directors.
She works as a leader and consultant in strategy development and implementation, project leadership and management, design thinking and facilitation for profit and non-profit organisations, including McKinsey & Company and RTL Group. She holds a BA from Sciences Po Paris and an MA from Sorbonne University, Paris, France. 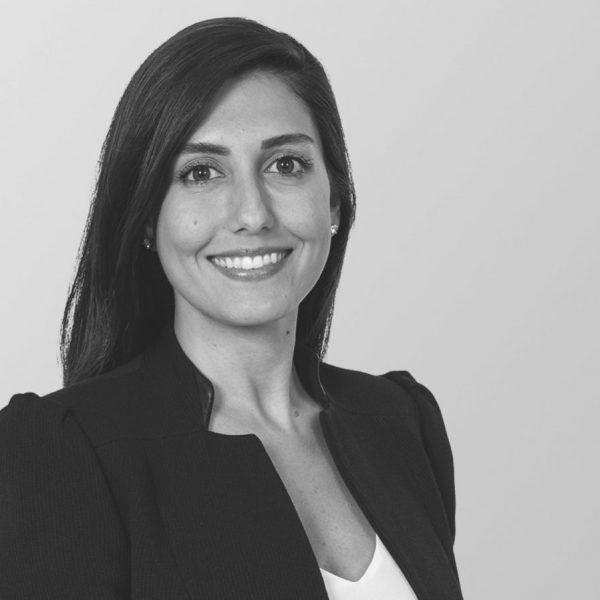 Reyhan Gulec is an investment funds lawyer based in Luxembourg. She works on regulatory matters particularly in ESG and sustainability, and is a strong advocate of gender equality, raising awareness of gender disparity and other sustainability-related issues at the board level.

As such, she sits on the Sustainability Strategy for Boards Committee of the Institute Luxembourgeois des Administrateurs and serves as Vice-Chair of ILA’s Board Composition Committee.

A native of Turkey, Reyhan has studied at the London School of Economics, Oxford University, Bucerius Law School and Istanbul University. She is also an accomplished painter.