It’s been three decades since the world was alerted to the risk of climate change and the destruction of biodiversity, yet still business leaders would rather focus on the administrative burden and costs of switching to a sustainable economic model. To finally change this, L’Université dans la Nature founder, Hubert Mansion, and its chairman, Raymond Schadeck, believe that ordinary people and decision-makers need to rediscover the true value of nature, through a relationship that is built on positive emotions rather than guilt.

More than 30 years ago, a 12-year-old girl sounded a clarion call to alert the world to the dangers of climate change and loss of biodiversity, and to impress the urgency of the need to change people’s behaviour. The address of Severn Cullis-Suzuki, of the Environmental Children’s Organization, at the first Earth Summit in Rio would be echoed nearly three decades later when Greta Thunberg chastised world leaders in November 2019 at the UN Climate Action Summit in New York.

Say Mansion and Schadeck: “For more than 30 years, billions of dollars and incredible amounts of resources have been dispensed on communications about the necessity of a Green transition, yet it still feels like we’re at the foot of the mountain.”

They acknowledge that in recent years, especially since the Covid-19 pandemic, a growing number of people – especially the young – have become aware of the need for a change in behaviour. Yet, many others seemingly remain oblivious: “Most business decision makers perceive ‘green recovery’ as a burden tied to additional costs, reporting and regulation, on top of the many challenges the pandemic continues to pose. As a result, it’s seen as burden that they try to avoid, or at least delay, at all cost.”

Mansion and Schadeck say there is a clear reason for this avoidance behaviour. “In recent years, we’ve repeatedly received the message that our carbon emissions are the major source of harm to the environment. While that’s true, this message inherently blames emissions on all of us, especially businesses, saying we are all guilty of the destruction of our planet.

“That guilt is deepened because we feel unable to attain standards we’ve been blackmailed into accepting by political decision-makers – unrealistic, because they should have started 30 years ago. But we are exhorted to ‘build back better’ by using our guilt about the climate and biodiversity crises as motivation, imposing increasingly strict regulations and reporting when we can’t deliver. This is a huge waste of energy and resources, because it is completely misaligned with proven principles of human psychology and successful communication.”

They argue that research has found people are very good at avoiding feeling guilty — downplaying issues, avoiding discussion and delaying action by arguing that not everything is clear, and that while people tend to forget relatively quickly what other people say or do, they always remember how somebody, or something made them feel.

“The most successful brands and movements are those whose messages are centred around positivity and feel-good emotions, not those that are guilt-tripping us or instilling fear,” say Mansion and Schadeck. “They make us feel proud to be part of the solution, not guilty of being part of the problem. The principle of belonging and feeling good have been at the forefront of any successful communication campaign in the past decade, from business to social issues and even politics.”

These principles are at the core of L’Université dans la Nature, “an approach so crucial in creating change, yet so overlooked, that we felt the need to set up a European branch in Luxembourg to spread our scope of action.

“Our goal is to reconnect people to nature in a positive, educational and experiential way.” UdN has studied more than 4,000 research papers about the impact of nature on human physical and mental wellbeing, and developed scientifically tested programmes for adults, children, decision-makers and employees. “We facilitate experiences that enable people to feel the positive effects of nature and help them understand why this matters.”

The organisation, which recently launched certified leadership training to expand its base of educators, uses conferences, podcasts, media articles and social media posts to set out the positive impact of nature on human health and health care systems, as well as its potential for businesses and the economy.

Mansion and Schadeck point out that the worldwide cost of lost productivity to the global economy because of mental illness is estimated at $1 trillion a year and that a UK survey found 73% of employees in banking and financial services industries are seeking better support in the workplace for their physical and mental wellbeing.

Meanwhile, researchers have found that participants in a simple forest activity experienced a 12.4% decrease in cortisol levels compared with an urban control group, along with a 7.0% decrease in sympathetic nerve activity, 1.4% lower systolic blood pressure and a 5.8% reduction in heart rate, as well as a 55% increase of parasympathetic nerve activity, indicating a state of relaxation.

They say employees exposed to nature experience a 15% increase in productivity and feel more engaged with their work. One study has found that for a group of hikers, four days of immersion in nature, disconnected from media and technology, increased performance on a creative problem-solving task by 50%.

Other researchers have found measurable physical improvements resulting from exposure to nature, including that spending two hours in a forest twice a week led to a 50% increase in cancer-fighting cells, an effect still partly measurable weeks later. As long ago as the 1980s, scientists reported that patients with a view of trees from their hospital bed left hospital substantially earlier after a surgery and needed less pain medication than those whose view was restricted to concrete walls.

“What if instead of presenting the protection of nature in the context of catastrophe and doom, we actually gave people hope and a vision, and made them care?” Mansion and Schadeck ask. “Avoiding cataclysm is a meagre hope but creating a world in which nature becomes a tool for public health, social justice and mental equilibrium is a stimulating project we can all get behind.”

“Look at it from the eyes of a child. Already exhausted by the pandemic, the message they receive every day is that the world is ending, that forests, oceans and polar bears are disappearing, because of humans, because of us – and them. What hope of a future are we giving them, what vision, what feelings? Imagine what passionate leaders we would raise by using the splendour of nature to reconcile them with this world, and with their own existence.”

The aim of L’Université dans la Nature, they say, is “to help people and decision-makers discover and feel the real value of nature, making them realise we are part of nature as much as it is part of us. It is by building a relationship on positive emotions rather than guilt that we will finally get people to care. And it’s scientifically proven that people tend to take care of things they care about.” 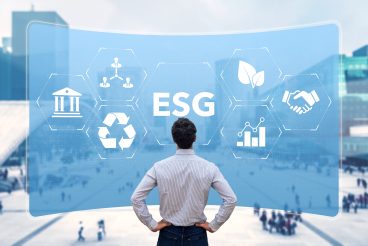 How can an organisation really commit to sustainability — and will doing so bring actual ROI? How can business leaders ensure they’re not simply greenwashing? 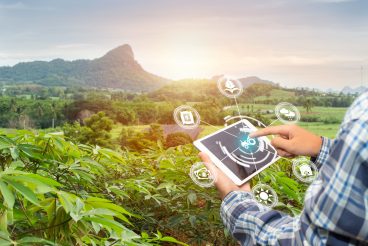 EY’s Mike Zehetmayr explains how the financial services industry can bring climate science into its decision-making in an effective way. Discover how the right technology can change the script. 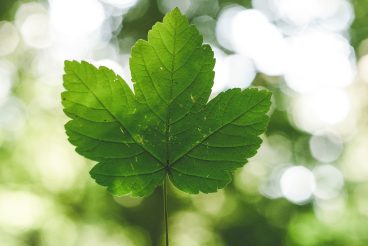 VitalBriefing CEO, David Schrieberg, offers a round-up of 12 encouraging environmental stories that should give hope for a better world in 2023 and beyond. 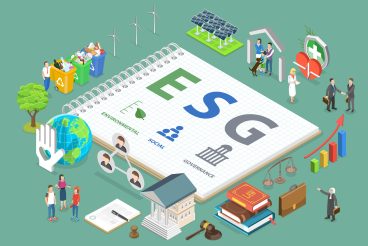 In this interview, ex British MEP and sustainability reporting expert Richard Howitt assesses how well the EU’s finance industry is faring regarding its sustainability transition.